What are the characteristics of casters made of different materials

Casters are a general term, including movable casters, fixed casters and movable brake casters. Movable casters are also known as universal wheels, whose structure allows 360 degrees of rotation; Fixed casters are also called directional casters. They have no rotating structure and cannot rotate. Usually, the two casters are used together. For example, the structure of the trolley is two directional wheels at the front, and two universal wheels at the back near the handrail.
Casters are made of various materials, such as nylon casters, polyurethane casters, rubber casters, etc. Now let’s take a look at the characteristics of these casters made of different materials!

1. Nylon casters not only have good heat resistance, cold resistance, wear resistance and other characteristics, but also have light weight and are easy to carry. They are more and more used in the transportation industry or the aviation industry. 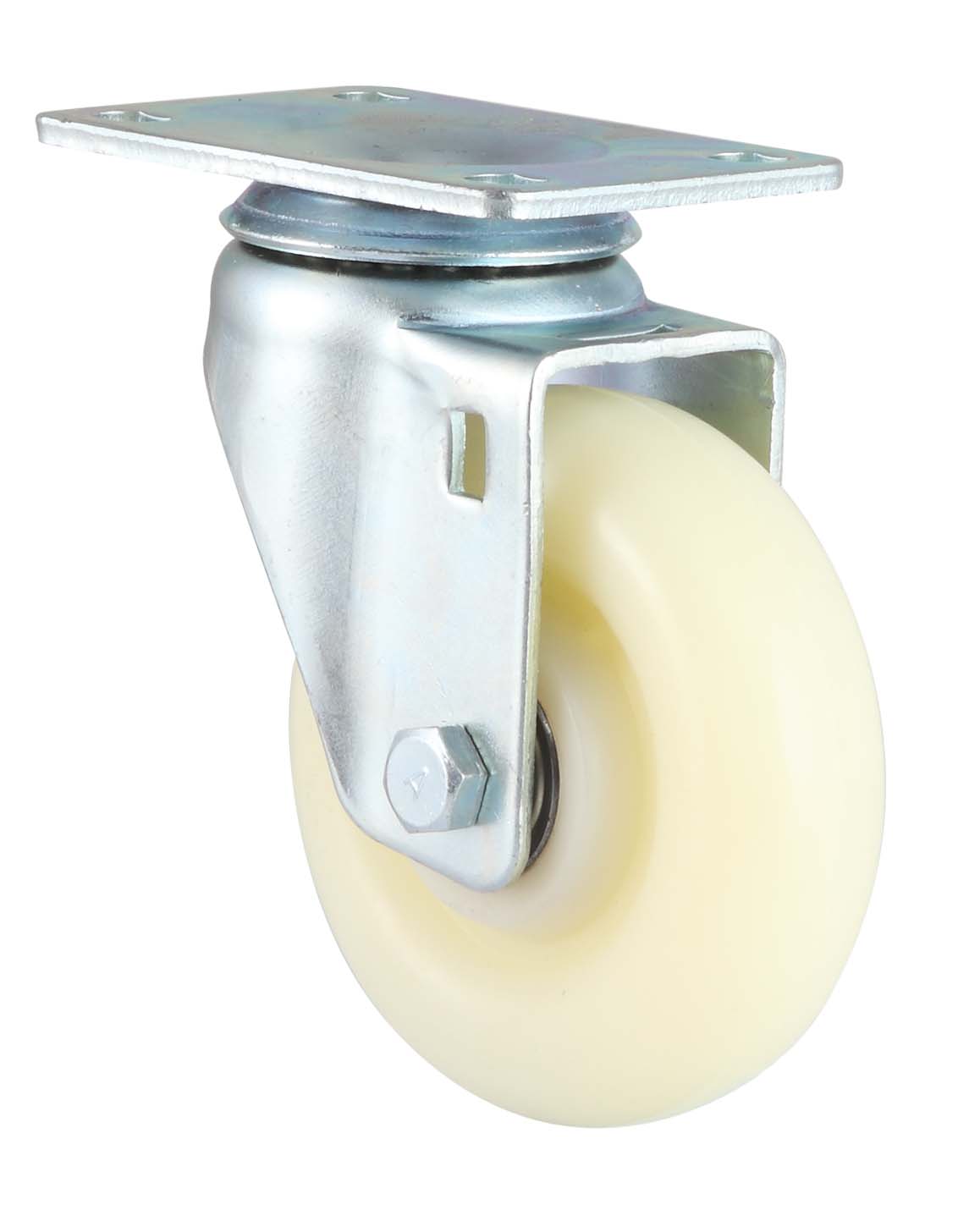 2. Polyurethane casters are moderate in hardness and softness, with the effect of silencing and floor protection, good wear resistance, excellent sewage resistance and other characteristics, so they are mostly used in environmental protection and dust-free industries. The friction coefficient of polyurethane on the ground is relatively small, so the noise coefficient is low in the use process, and it has become the first choice of many environmental protection industries.